The incident in question occurred on November 26, 2017, when Air Serbia ATR 72-200 lost “several elements of the structure during its 20 minute flight prior being returned to the take-off airport.”

The flight took off from Sofia Airport (Bulgaria) en route to Belgrade (Serbia), according to the Sofia Globe.  During the climb the aircraft crew noticed "vibration and noise" and decided to return to Sofia, where it landed without incident. 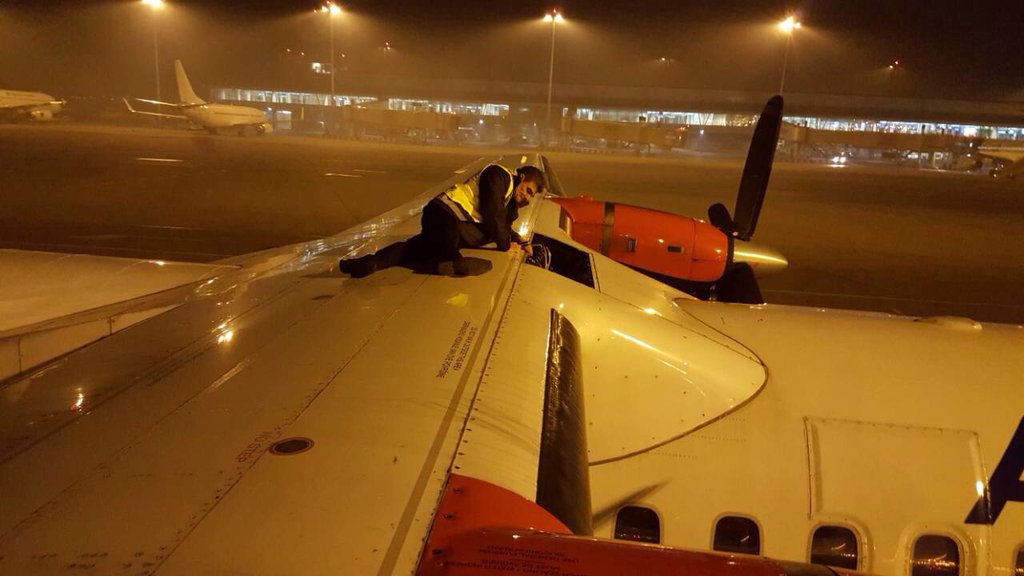 The Bulgarian authorities revealed that, on 26 November, the airport was launched from the airport in Sofia to an incident involving an aircraft of ATR 72-200. After takeoff, the machine was to lose several elements of the structure.

The YU-ALO turboprop was manufactured in 1990 and had been previously used by JAT Airways and Air Srpska prior beginning service with Air Serbia in 2013, the Polish newsletter Pasazer reports.

Airbus is turning up the stakes in dispute with Qatar Airways as it terminates its contract to deliver A321neo aircraft...

Dubai Aerospace Enterprise (DAE) has completed the placement of 4 Boeing 737 MAX 8 aircraft with Aeromexico an...

US prosecutors have charged four Belarusian officials with piracy following the diversion of Ryanair flight 4978 in May...

China’s COMAC C919 deliveries are expected to commence in 2022, China's state media claims in a rece...