The Calima, as it is called in the Canary Islands, is a warm and strong eastern wind transporting sand and dust from the Sahara desert. The frequent phenomenon manifests itself in the form of a sandstorm. Between February 22 and 23, 2020, the red dust dragged across the ocean from the Sahara desert paralyzed the transport on the islands.

The Spanish national meteorological service reported gusts of wind reaching over 160 kilometers per hour. While the phenomenon is not uncommon, this episode of Calima was the worst in two decades, according to the local media Radio Televisión Canaria.

The AENA, the Spanish organization responsible for the management of air traffic, had closed all eight airports of the archipelago. Over 800 flights were affected each day, mainly in Tenerife and Gran Canaria, as visibility was reduced to less than 400 meters. Flights diverted towards Lisbon in Portugal, Malaga in Spain or Agadir in Morocco, among other airports of the region. Thousands of tourists were left stranded for a day. Traffic resumed during a brief lull on February 23, 2020, but was interrupted again by noon. On the morning of February 24, 2020, all airports resumed operations, but at reduced capacity. 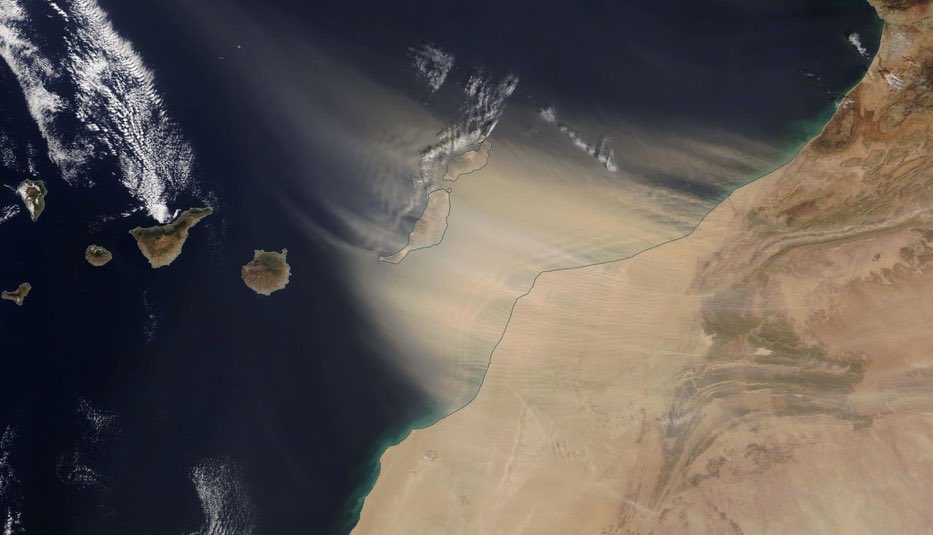 Heathrow does not expect traffic to recover to pre-pandemic levels until at least 2026  ...

LOT fails in a bid to challenge EU Commission approval of the purchase of Air Berlin assets by Lufthansa, easyJet...