The test, which was reported by the United States Air Force on October 12, 2021, was deemed successful. It marked the conclusion of a series of tests to integrate the new ‘bunker buster’ weapon into the arsenal of the USAF.

The drop involved an F-15E of the 96th Test Wing flown by the 40th Flight Test Squadron. It took place at Eglin Air Force Base range in Florida on October 7, 2021.

The GBU-72 was designed to be employed by both fighter jets and bombers. Its main objective is to “overcome hardened deeply buried target challenges”. It will act as a replacement for the laser-guided GBU-28, a 1,800-kilogram bomb developed in the 1990s.

The bomb is composed of a BLU-138 penetrator warhead combined with a joint-direct-attack-munition (JDAM) GPS tail kit, for a total weight of 2,300 kilograms (5,000 pounds.)

A JDAM allows for the conversion of a regular gravity bomb into a more precise GPS-guided munition. The tail kit, usually meant for 900-kilogram (2,000-pound) munitions, was modified and tested to see if it could also control and navigate a 2,300-kilogram weapon.

“The weapon design and its projected effectiveness were developed using advanced modeling and simulation techniques and processes before the first warhead was forged,” the USAF commented in a statement.

The GBU-72 will provide a lighter, more available alternative to the GBU-57 Massive Ordnance Penetrator (MOP), a 13-ton (30,000-pound) bomb that can only be operated by the B-2 Spirit stealth bomber. The exact list of platforms that will be capable of employing the GBU-72, in addition to the F-15, is unknown.

With the first test drop proving successful, the program will move to further integration test flights and developmental and operational testing in 2022. 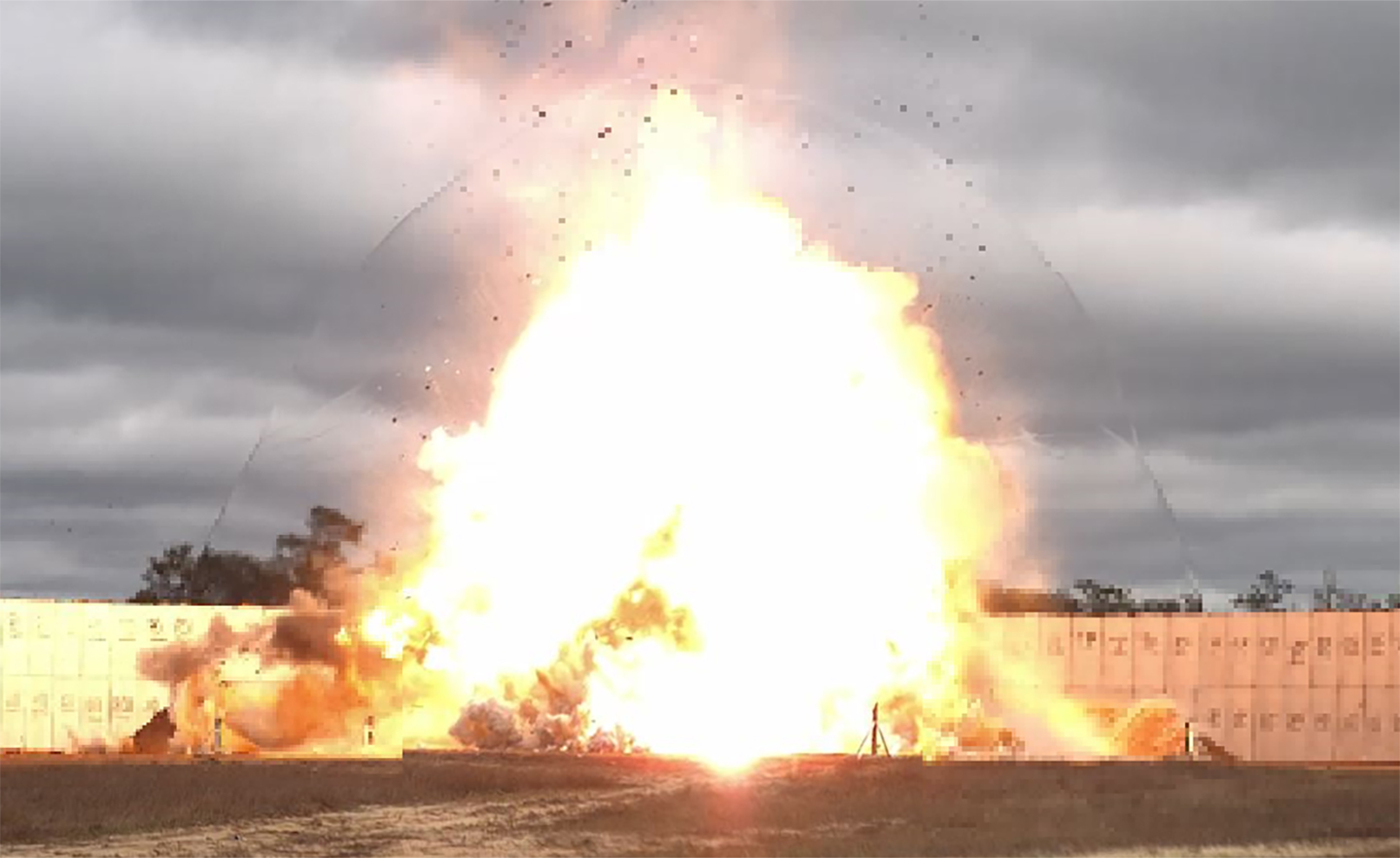 ‌Dassault Rafale fighter jet to prove its ability to take off by ski-jumping off a ramp similar to the one equippin...

The Malaysian press reports that six jets are participating in the country's light combat aircraft tender – an...