In collaboration with the Brazilian armed forces, Embraer demonstrated the airdrop capacity of the KC-390 Millennium, a critical feature for an airlifter.

The cargo launching systems of the transporter were tested at the US Army's Yuma Proving Ground in Arizona, Embraer announced on December 26, 2019.

The KC-390 Millennium is equipped with two systems developed by Embraer that enable precise delivery from the aircraft. In the cargo hold, the fully automated Cargo Handling and Aerial Delivery System allows the loadmaster to carry out all activities while reducing workload and improving awareness. In the cockpit, pilots are informed through the Continuously Computed Drop Point on the optimal time to release the cargo for precise delivery.

The campaign tested both the gravity and parachute extraction methods. In one test, the aircraft was able to deliver a single load weighing 19 tons. In another test, two loads with a total mass of 24 tons were dropped in a single pass. 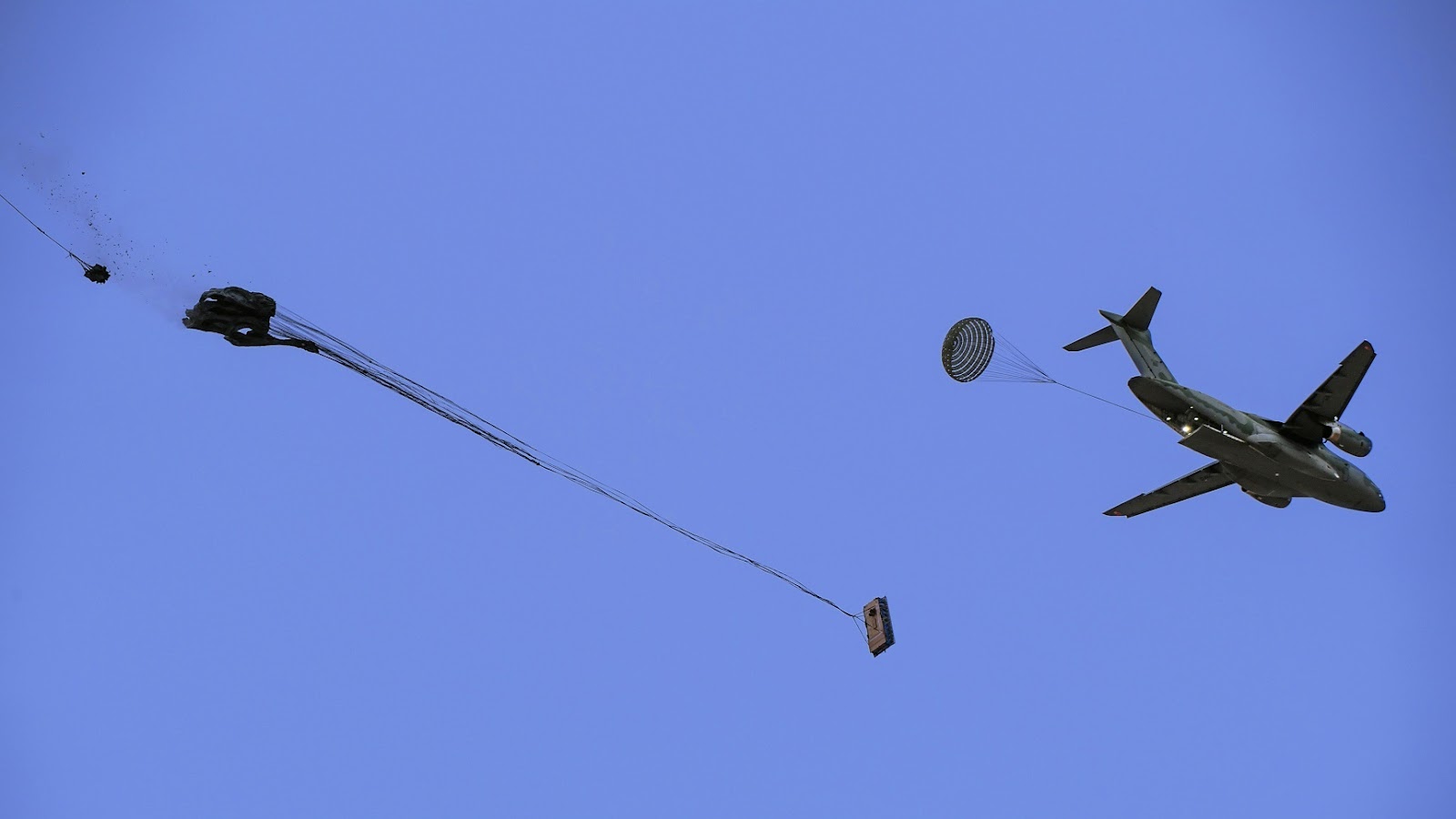 The KC-390 Millennium is a tactical transport and inflight refueling aircraft. Powered by two specially designed Pratt and Whitney V2500-E5 engines, it can carry 26 tons of cargo, including vehicles like two M113 armored personnel carriers, or a UH-60 Blackhawk helicopter. The biggest aircraft produced in Latin America, it is designed to take off and land on semi-prepared and unpaved airfields.

On November 18, 2019, during Dubai Airshow, Boeing and Embraer announced their second joint venture called Boeing Embraer – Defense to develop and sell the KC-390 Millennium multi-mission airlifter. Embraer will hold a 51% stake and Boeing ‒ the remaining 49% of this new company. The organization has yet to receive regulatory approvals.

Embraer has a total backlog of 35 aircraft, 30 for Brazil and five for Portugal, a partner in the development of the aircraft. The Brazilian Air Force received its first KC-390 on September 4, 2019. Portugal expects its first aircraft in 2023.

Boeing 787 Dreamliner: shining star or next in line for trouble?

When authorities around the world grounded the Boeing 737 MAX, the wide-body 787 Dreamliner was left to pick up the piec...

With the British Government stepping in to save Flybe, airline executives are not happy with the move. Ryanair's own...

An Algerian Sukhoi Su-30 fighter jet crashed in the evening of January 27, 2020, during a routine exercise, in the commu...

With a difficult year coming for Boeing in terms of cash flow and expenditures, the company secured a $12 billion loan f...

For the sixth time, Mitsubishi Heavy Industries has postponed the first delivery of its regional jet, the SpaceJet, to l...

Boeing and Embraer have obtained the authorization for their joint venture by Brazilian regulators. The two companies ar...