Fighter jets of the Taiwanese Air Force scrambled to intercept a Chinese flight group of nuclear-capable strategic bombers and their fighter escort.

Fighter jets of the Taiwanese Air Force (ROCAF) scrambled on September 5, 2021, to intercept a Chinese flight group of nuclear-capable strategic bombers and their escort.

According to the Taiwan Ministry of National Defense, the Chinese aircraft entered Taiwan’s air defense identification zone (ADIZ) through the southern part of the median line which separates the Taiwan Strait, near the Taiwan-controlled Pratas Islands. 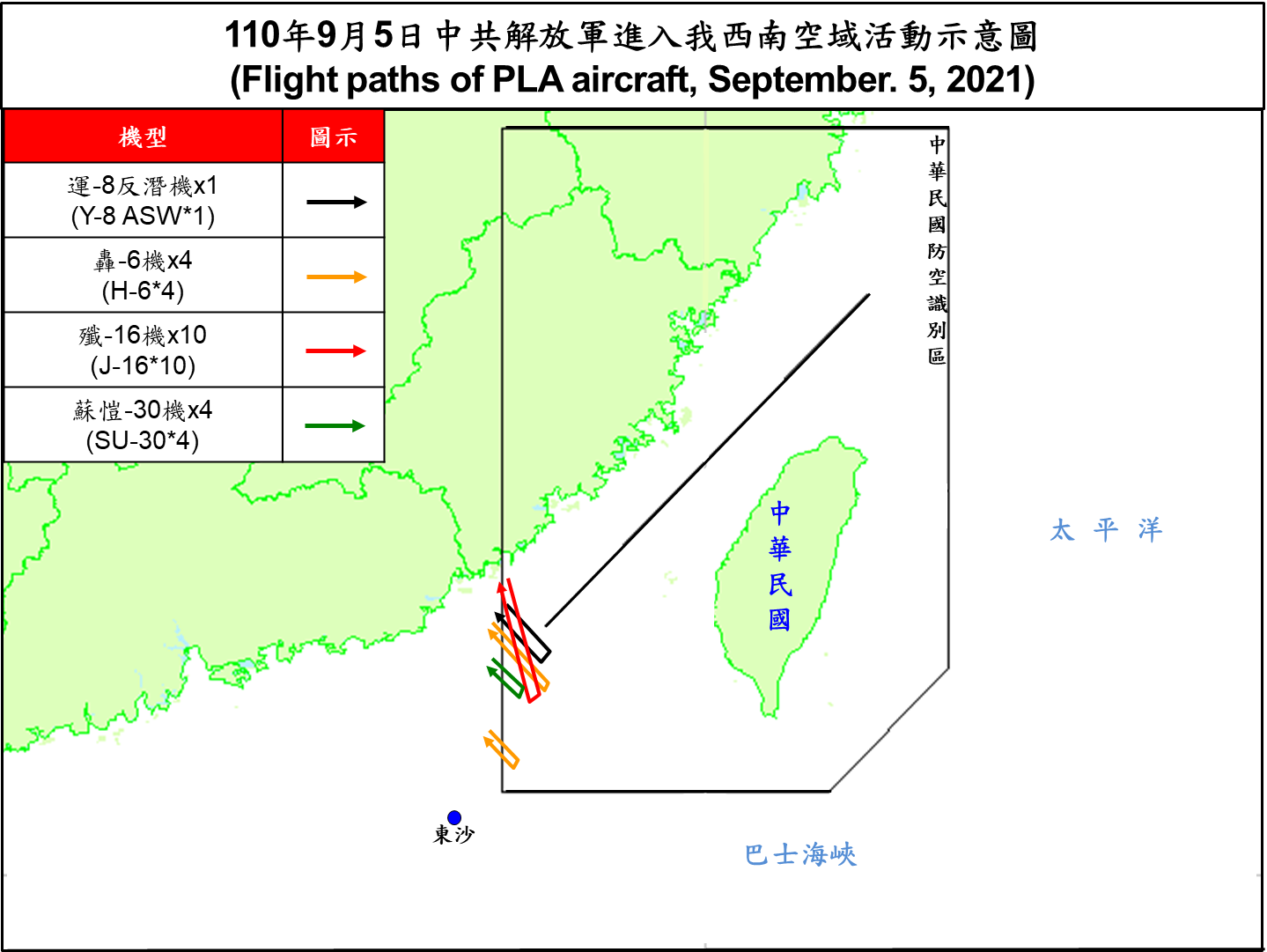 As an answer, a combat air patrol was dispatched to escort the flight group out of the zone. Radio warnings were issued and air defense missile systems were deployed to monitor the Chinese activity.

The Chinese authorities have not communicated on the incursion. China does not recognize the sovereignty of Taiwan and thus considers the strait which separates the island from the continent part of its territorial waters.

In 2020, the ministry reported that the Chinese People's Liberation Army Air Force (PLAAF) flew about 380 sorties into the country’s ADIZ ‒ the highest number since 1996.

Though it remains unsure what motivated this latest incursion, the Institute for National Defense and Security Research, responsible for compiling the data on behalf of Taiwan’s Ministry of Defense, said the recent surge of activity was a reaction to the warming of the relationship between the island country and the United States.

The British Ministry of Defence launches a tender to replace the 23 Puma HC2 of the Royal Air Force and three more helic...

DARPA has unveiled the "Liberty Lifter" concept, an aircraft that promises to combine the advantages of the ek...