Northrop Grumman released a promotional video presenting some of its current projects. Some of the aircraft portrayed in the glamorous CGI hangar are already well-known to the public.

On the right side, an MQ-4C Triton High Altitude Long Endurance (HALE) drone sits next to an E-2D airborne early warning aircraft and either an F/A-18 Super Hornet fighter jet or an E/A-18 Growler electronic warfare aircraft, both of which saw major participation from Northrop Grumman.

Taxiing up front is a B-2 strategic bomber, with what appears to be its successor, the upcoming B-21 Raider, flying away in the background.

A look into the future

The left side of the hangar gets more interesting. In the back, Northrop showcases the X-47B drone developed as part of the US Navy’s Unmanned Carrier-Launched Airborne Surveillance and Strike (UCLASS) program. In July 2013, the X-47B was the first drone of its kind to demonstrate its capability to land on an aircraft carrier.

Due to budget constraints, the program was streamlined to only comprise refueling capability, at which point Northrop dropped out. In August 2018, the Carrier-Based Aerial-Refueling System (CBAR) contract was eventually awarded to Boeing and its MQ-25 Stingray.

But the presence of the X-47B could hint at a second life for the drone. Maybe as a successor to the General Atomics MQ-9 Reaper attack drone? Northrop Grumman is competing against Lockheed Martin and General Atomics in the MQ-Next program started by the US Air Force.

The three manufacturers released renders of stealthy flying wings, capable of carrying out its mission in a contested environment. One of Northrop’s concepts, called the SG-2, bears a striking resemblance to the X-47B. 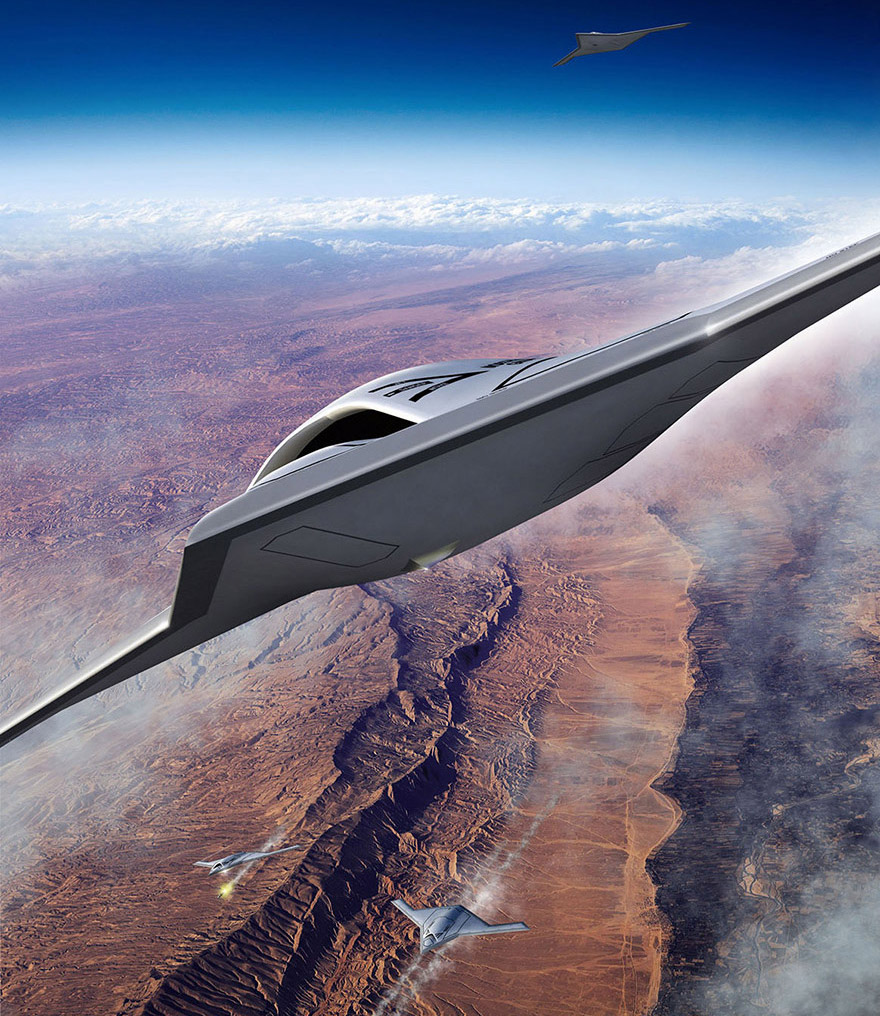 The next aircraft in line is relatively mysterious, with only its nose, and a dorsal air intake showing. They could belong to the Model 437, a “loyal wingman” concept recently revealed by Northrop Grumman.

Based on the Model 401 experimental aircraft developed by Northrop’s subsidiary Scaled Composites, it could compete in the Skyborg Vanguard program intended to design a drone that could accompany US fighter jets into battle.

Skyborg dozen: 13 companies developing US drone fighter jet
In the closing days of September 2020, the Skyborg Vanguard program completed its second phase of awards and now includes 13 companies competing for a design of the loyal wingman – a drone that will accompany U.S. fighter jets into battle.

Last but not least, a never-before-seen fighter jet stands on the very left of the hangar. While no establishing information is shown, the tailless stealth aircraft with its two dorsal inlets is reminiscent of the Next Generation Air Dominance (NGAD) 6th generation fighter jet concept that Lockheed Martin has reportedly already flown for the US Air Force. This aircraft is due to replace the capacities of both the F-15 Eagle and the F-22 Raptor by 2030.

Alternatively, the US Navy also launched a program called NGAD, distinct from the USAF. Its goal is to replace, also within the next decade, the F/A-18 Super Hornet currently operating on aircraft carriers.

The real question is, which NGAD program is Northrop Grumman going after? 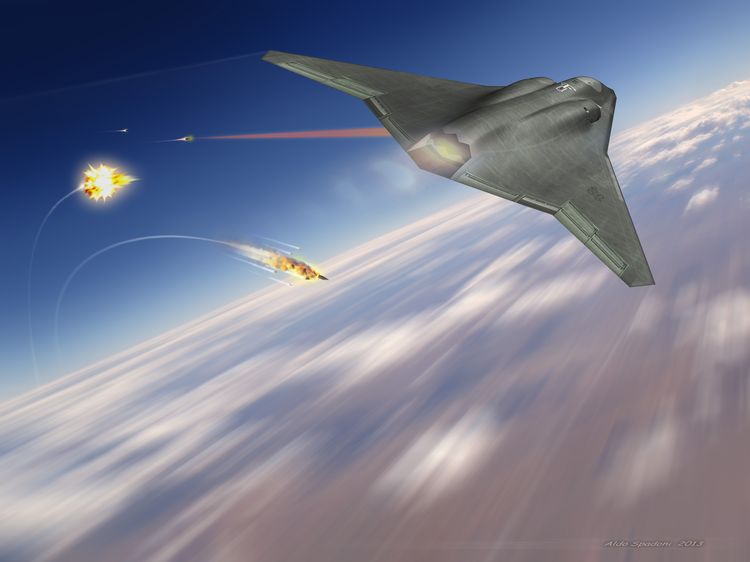 With the decision to purchase a primary radar system, Ireland will no longer be solely relying on the British Royal Air...

The RAAF and the US Air Force further strengthened relations between the two nations by signing a Joint Vision Statement...

Japan has issued evacuation notices to its residents after North Korea fires a ballistic missile over the country. ...