In his latest column for AeroTime, Alec Wignall shares his picks for the top plane spotting locations in Europe.

Are you an avid plane spotter? In his latest column for AeroTime, Alec Wignall shares his picks for the top plane spotting locations in Europe.

Whether you’re after a family-friendly day out, a scenic runway, or you’re looking for that up-close experience with jets, there’s something for everyone on our list.

Located along the Adriatic coastline, Split Airport is mostly a seasonal destination. The airport is a hub for Croatia Airlines and a prominent destination for Wizz Air and easyJet.

Split airport provides close-up viewing areas at both ends of Runway 05/23 and, for those willing to hike up the adjacent hills, aircraft can be viewed at eye level arriving onto Runway 05 with the amazing backdrop of the Croatian coastline.

Aircraft types include the Airbus A320 family, Boeing 737, Embraer, and Dash 8.

Observation deck B is accessible to the public for a small fee and provides views overlooking runway 16/34 and aircraft stands.

Observation deck E overlooks both runways 16/34 and 10/28 and is located on the top of the international terminal. The viewing area is free for passengers with a boarding pass and overlooks the larger international aircraft which fly into Zurich including the Airbus A380.

Gibraltar Airport serves the British overseas territory of Gibraltar and is used by both civilian and RAF aircraft.

The airport is located next to the famous rock of Gibraltar and, unusually for an airport, has a main road crossing the runway. For anyone climbing the rock, the views overlooking the airport give the rare opportunity for an aerial view of aircraft arriving and departing.

easyJet are currently the largest operator out of the airport along with British Airways both flying the Airbus A320 family. Occasionally, RAF Airbus A400m and Hercules C130 aircraft can be spotted. 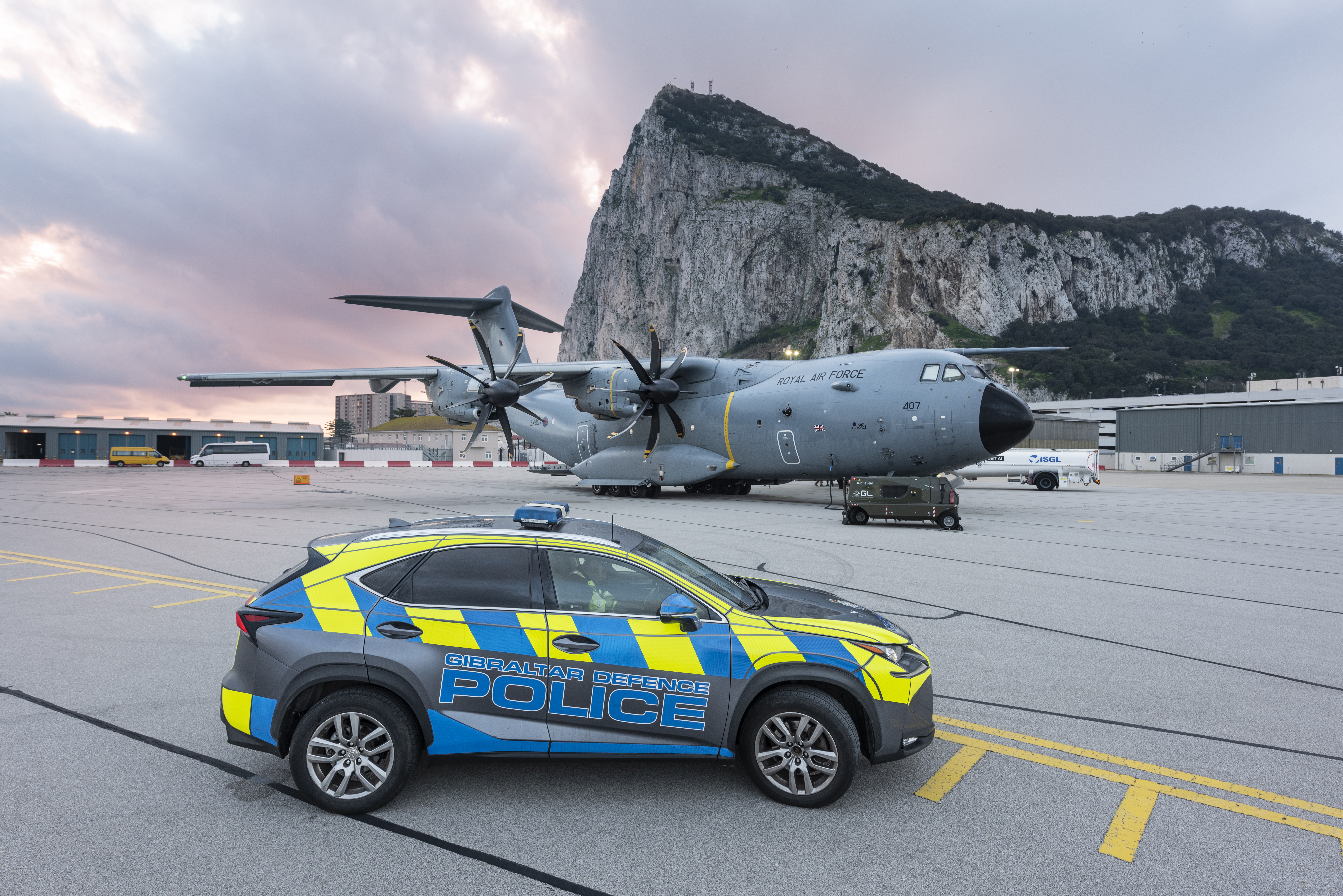 Tivat Airport is located on the coast of Montenegro and is the country’s busiest airport. Although mostly seasonal, the airport sees a range of smaller aircraft, including Airbus A320, ATR and Boeing 737s.

The location of the airport makes for some up-close spotting, with the threshold of Runway 14 situated right along the coastline.

For spotters looking for a totally unique spotting experience, Barra Airport in Scotland provides something really extraordinary. Located in the Outer Hebrides, it is believed to be the only airport in the world to have scheduled flights using a tidal beach as the runway.

The beach airport has three runways, laid out in a triangle, and is served by regional airline Loganair which connects the islands to Glasgow, flying a Twin Otter aircraft. However, it is worth noting that flight times vary owing to the tide!

Myrtle Avenue is located in Hounslow on the eastern side of Runway 27L at London Heathrow airport. The popular viewing spot is a must for aviation fans and photographers owing to the proximity of arriving aircraft when Runway 27L is used for landing.

Heathrow is one of the world’s busiest airports being a global connecting hub to Europe with a huge variety of aircraft and airlines using the airport. With an aircraft arriving or departing every 45 seconds, there is almost no commercial airliner that you won’t see.

Myrtle Avenue provides the perfect spot to photograph the airliners arriving as they dwarf the nearby houses on approach. 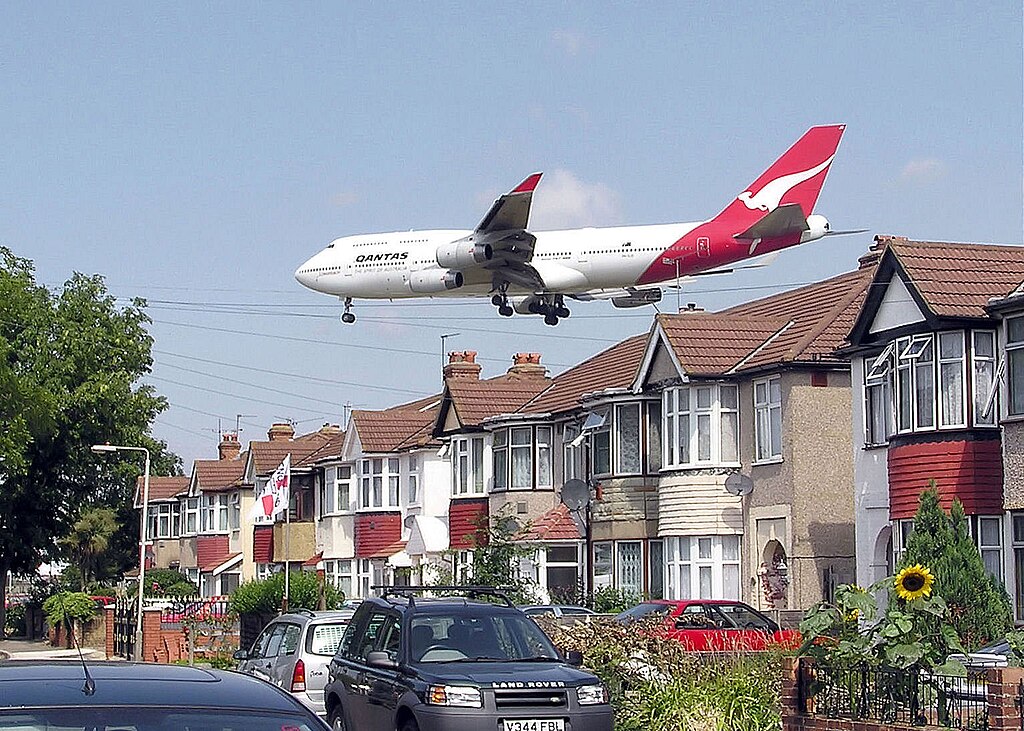 The Panorama Terrace at Amsterdam’s Schiphol Airport provides front row seats overlooking one of the busiest airports in Europe. The outdoor terrace overlooks aircraft stands and four of the airports six runways. There is also a Fokker 100 KLM aircraft on display on the rooftop terrace.

Open between 07:00 to 21:00, like Heathrow, there is a huge variety of aircraft frequently using the airport from airlines all over the world.

For military enthusiasts, it doesn’t get much better than this. The Mach Loop is the perfect trip for plane spotters hoping to catch a glimpse of military aircraft conducting low level training exercises.

The Mach Loop is a series of valleys in southern Snowdonia and is located in one of the UK’s designated low flying areas, meaning military aircraft can fly as low as 200 feet. Spotters climb the hills either side of the valleys to catch the aircraft flying through at or below eye level!

The military only trains on weekdays, but visitors to the loop can expect F15 Strike Eagles, F35 Lightning Airbus A400m, Hercules C130, V-22 Osprey, Hawks as well as Texan aircraft, although nothing is guaranteed!

Skiathos Airport in Greece is Europe’s answer to Saint Maarten in the Caribbean. The seasonal Greek airport is located in-between two beaches on a stretch of reclaimed land.

The surrounding beaches and public road make it perfect for plane spotters wanting to get seriously close to arriving and departing aircraft, although bystanders should be wary of the intense jet-blast!

Operators to the airport include Tui, Jet2, Condor and SAS, with aircraft types such as Embraer 190, Boeing 737, A320, ATR and Dash.

Hey @Ryanair everyone looking forward to seeing your arrival into #skiathos tomorrow morning. We’ll be live, so beat this! #AvGeek #jetblast #aviation pic.twitter.com/tSMx1CojQz

The aviation industry has reached nearly every corner of the globe. AeroTime looks at the Top 10 world’s longest f...

‘How absurd is it?’ and the rest of your Top Gun: Maverick questions answered

AeroTime answers some of the most pressing questions about the sequel to the legendary Top Gun...

Zara Rutherford has become the youngest woman to fly solo around the world in a single-engine aircraft after l...

Top 10 biggest airports in the world