Kansas authorities and the Federal Aviation Administration established a corridor over Kansas to allow flight tests of civil supersonic aircraft.

The Governor of Kansas Laura Kelly announced that the state’s Department of Transportation (KDOT) and the Federal Aviation Administration (FAA) agreed to create a corridor over the state of Kansas. The area will be 1,200 kilometers (770-nautical-mile) long and 12,000 meters (39,000 feet) high, shaped like a racetrack.

“The route will support sustained flight up to Mach 3 [2,300 miles per hour or 3,700 kilometers per hour] and is within reach of numerous airports equipped to provide fuel, ground and technical support,” detailed the Governor’s office. 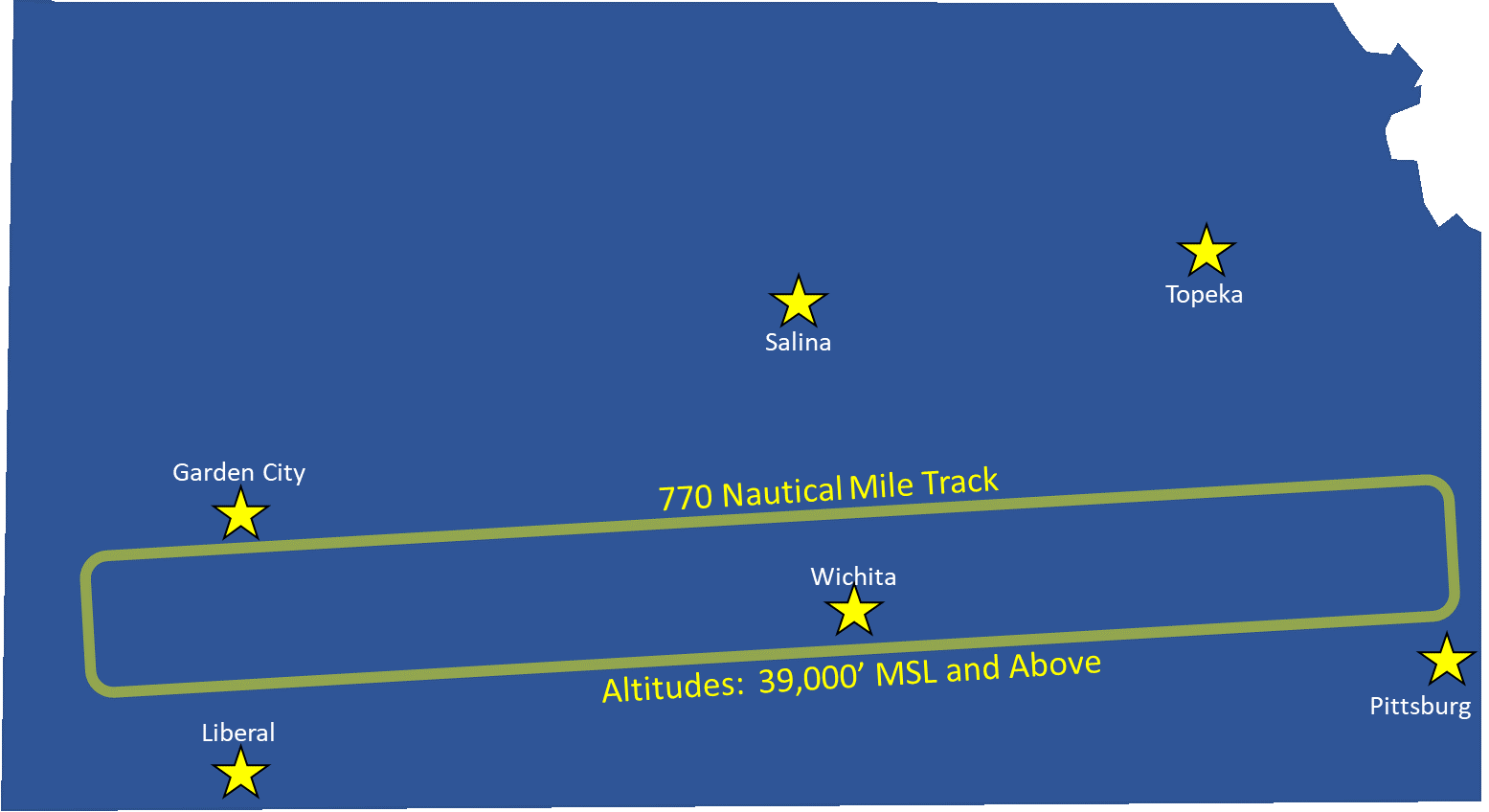 While commercial supersonic flights ceased in 2003, after the career of Concorde came to an abrupt end, the idea came back into fashion in recent years. The initiative aims to attract manufacturers such as Boeing, Lockheed Martin, Aerion, Spike, Boom Aerospace, and others that are currently working on supersonic aircraft projects. “This year marks 73 years since Chuck Yeager broke the sound barrier, and with this supersonic flight corridor Kansas will have a unique role in the next generation of supersonic transportation,” Kansas Senator Jerry Moran added.

The U.S. law currently forbids flying over land at a speed superior to Mach 1 (1234,8 km/h) without a special authorization provided by the FAA. Hence the need for new regulations if a company is to operate regular supersonic flights. Noise was one of the main drawbacks of Concorde, which prevented it from flying supersonic across the U.S. and European airspaces and confined it to transatlantic flights.

Pete Bunce, CEO of the General Aviation Manufacturers Association (GAMA), welcomed the initiative. “The Kansas Supersonic Transportation Corridor will assist in the assessment of sound mitigating structural and engine designs as well as state of the art atmospheric acoustic modeling that eliminates the sonic boom and shapes the noise signature of an aircraft traveling faster than the speed of sound to a very low volume rumble,” Bunce commented in a press release.

Boom, Aerion & Spike head-to-head in supersonic jet race
Three upstart companies – Boom Supersonic, Aerion and Spike Aerospace – seem to be edging closer towards the reintroduction of supersonic flight for civilians. Firm believers in the commercial success of transoceanic routes, all three companies have received orders for their aircraft and hope to start delivering them in the mid-2020s.

On March 30, 2020, the FAA published a Notice of Proposed Rulemaking (NPRM) regarding noise standards of supersonic airplanes during landing and takeoff. The new regulation would see the adoption of an additional noise category specifically for supersonic airplanes.

Emirates plans to add advanced payment solutions in Bitcoin for its customers. ...

Hawaiian Airlines announces an investment in REGENT, which is making an all-electric seaglider that could be used for in...